How I Got Into Weaving – Vibeke Vestby 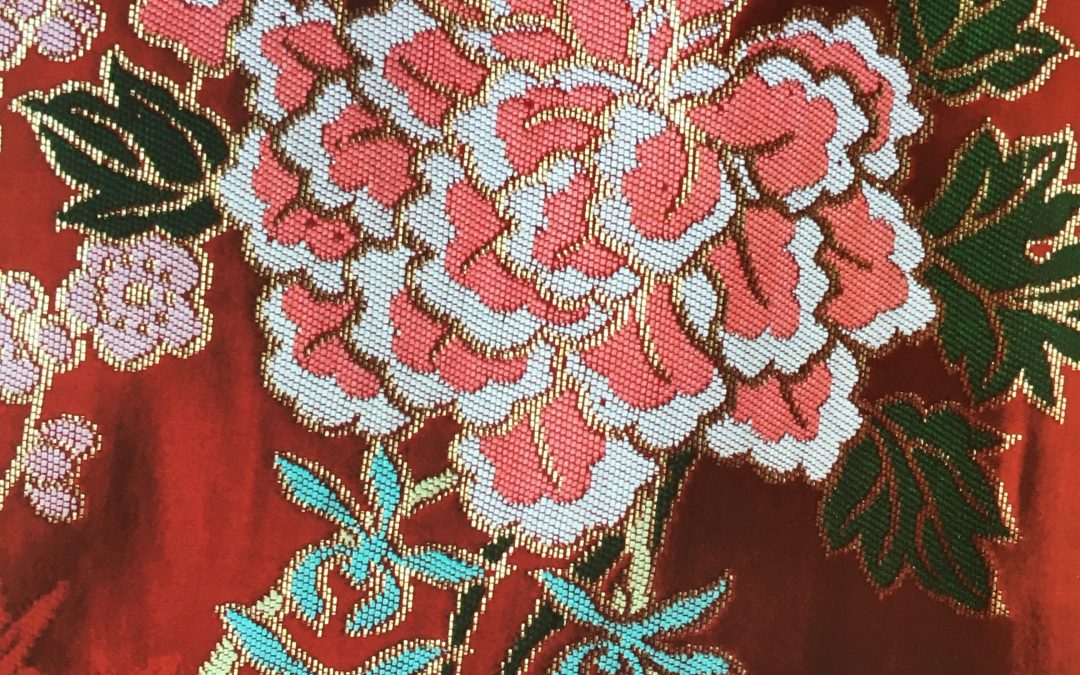 BACKSTORY: I first learned about Vibeke Vestby when I acquired an industrial jacquard loom in 2004. Whilst at the Lisio Foundation in Florence, Italy, to learn how to design and weave on pre-industrial jacquard handlooms, I heard about a digital jacquard loom in which every single end was individually controlled and on which a handweaver could weave anything they could imagine. It blew my mind. So did the price tag. But what was even more inspiring to me was that a weaver had created this and got it manufactured. Of course, the more I found out about Vibeke, the more I realised that I shouldn’t have been at all surprised that she could have done this. She is such a dynamo, an incredible person, a tremendous networker and dedicated to the development of the loom which allows more and more people to experience the freedom of creating intricate and incredible woven art. Since then, I have watched the development of the Thread Controller loom and Vibeke’s incredible professionalism and enthusiasm, and have also had the privilege of going to Norway to test out the TC-2 loom a few years ago. It is an incredible loom, and Vibeke is an inspiring and warm person. Here is her story….

At 4, my grandfather gave me a toy loom;  after having woven a ‘scarf’ for my grandfather, the warp was finished, and nobody knew how to put on a new one! The loom then collected dust throughout my childhood, but I kept it as a fond memory of my grandfather.

My grandmother was very good with drawing and textiles: each time we visited, she taught me something new! (knitting, crochet, embroidery, bobbin lace etc) This created a foundation which I have benefitted from ever since.

A few months off the final exams at high school, a class mate showed me a brochure from a vocational school offering weaving and sewing classes.  This was the first time I realized that it could be possible to pursue my ‘real’ interests:  Textiles. Weaving. 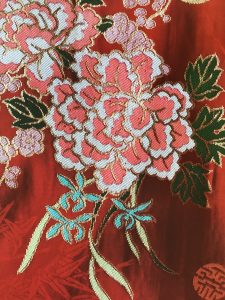 I had seen beautiful Chinese silks depicting dragons, peonies and clouds, and wanted to learn how they were made. Weaving in Norway is closely linked to the craft tradition, so I was in for a big surprise: we were taught how to make good quality household textiles.  Useful – but very, very far from the Chinese wonders I had admired!  At the end of my first year, we had gotten to 8 shafts, and I realized that my journey towards my dream would be a long one!

I love the diversity of weaving: the math of weaving theory, the mechanical operation of handlooms, and the creative part of combining colors and materials in a variety of textures and structures!

I graduated from the textile teacher college majoring in sewing and weaving. My final weave project was to explore different threadings and treadlings on twill drawdowns.  I used a 56” wide countermarch loom with 10 shafts and treadles. Although I should have known better, I was shocked by the amount of time it took: Mind you, this was before any weaving software existed!  In order to finish on time, I ‘forced’ my younger sister into completing the drafts. She was not interested in weaving, and being persuaded into this killed all curiosity.  To prepare and alter the loom for each threading and pattern drawdown also took a massive amount of time. When I had completed the project, I was ready to abandon weaving. I had to admit that I was too impatient!

But, fate intervened: I was offered a job at the same textile college, as a weaving assistant. One day my boss showed me an article named ‘The Computer Learns How to Weave’ (Shuttle, Spindle and Dyepot magazine). I saved the article, and 2 years later when I got a job at the College of Art and Design in Oslo,  I was allowed to pursue my own R&D. Without hesitation I chose computer programming at the University in Oslo. One of the teachers there helped me to make the weave program Weaveplanner. We also made the foundation for the follow-up, Weave Point. Both programs sold around the world.

Designing whatever I wanted was a joy mixed with frustration: there was no loom available to handle most of my designs!  I even bought a 400 course-pitch hard-card Jacquard, but the complexity of the loom defeated me. After 3 months at Lisio, Italy I finally got it! But when I left Lisio, I knew that the only way forward would be an electronic hand Jacquard!

I was at the right place at the right time!  20 years earlier, personal computers were not even a concept. Micro-switches were not invented yet. Programming was only for number-crunching nerds.

Norway had just become rich because of the oil from the North Sea:  in 1990  the government initiated a task-force to introduce Information Technology at all levels of education. In their invitation brief,  projects involving traditional crafts and females would be given priority! I was at the Textile Department at the College of Art and Design in Oslo, and immediately wrote an application for Every Weaver’s Dream!

The Government funded the development of my ‘Dream loom’ for 2 years!  A colleague helped me to find a company to make the prototype: Tronrud Engineering!

By the spring of 1991 the TC-1 prototype was operational (see photo right), and I was suddenly invited to lecture about the project at conferences throughout Europe and in the USA. I was also invited as an observer at the Art and Industry Project in Germany (thank you, Beatrijs Sterk, Founder of ETN!).  This project confirmed that I was not the only weaver dreaming of a hand operated electronic jacquard!

When the first serially produced TC-1s rolled out in 1995, I also started to teach workshops in many countries – at universities, museums, in craft associations and privately. It was fabulous to meet weavers from different countries and cultures! Many of them are now my personal friends! Cathryn Amidei (see blog 23 August 2020) even spent a whole year here in Norway, testing prototypes for us and exploring her own art expressions on the TC2! 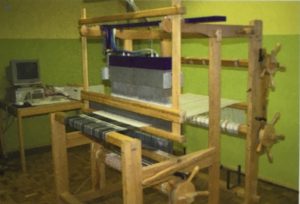 The first TC1s were sold in 1995 (see photo right), and the last in 2012, when we introduced the TC2.  Over the years, it has been a continuous adventure!  New components steadily improve. And, weavers push the boundaries of what can be done.

Today, technical textiles offer the biggest and most exciting challenge!  Every week new, man-made fibers with new properties are launched: intelligent/smart textiles are embedded in clothing,  architecture, engineering, medicine, art and almost every other field.

My starting point was the ancient craft of weaving!

But today woven structures are even in orbit around our planet! Not even the sky was the limit!