How I Got Into Weaving – Lillian Whipple 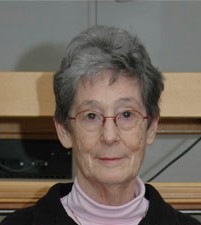 BACKSTORY: I first met Lillian whilst getting off an escalator at a weaving conference – I can’t remember which one now! A lady approached me with a lovely smile, holding out a tiny woven motif and said “I don’t think we’ve met before. Would you like one of these?” I remember looking down at the exquisitely woven conference logo in her hand and saying, “Wow! Thank you!” I think many new weavers have met Lillian in this way and been as blown away as I was at the delicacy and detail of the logo woven in very fine yarns. I now have quite a few of these conference logos woven by Lillian – they are like a badge of honour – and they are among my treasured possessions, as are 5 beautiful greetings cards featuring three of her Kimono series, a butterfly motif and a maple leaf. She has been weaving these amazingly fine artworks for years and given so much pleasure to weavers from all around the world, and it was fascinating to read …..

In 1971 I was living in South San Francisco, California, looking for a new hobby. One of my friends in San Francisco showed me a table runner and pillow that a friend of hers had woven, and I expressed my interest in learning to weave. She knew of a weaving class being offered at the YWCA nearby.

The first week we made inkle looms and learned to weave inkle bands. The second week we learned card weaving. The third week we brought in picture frames and tried tapestry weaving, and the fourth week we brought in tree branches to do free form weaving. When asked, I expressed my interest in weaving with a loom. The instructor told me about a weaving class called Sunset Weavers that met in a church in the Sunset District of SF. That was all she knew. They weren’t listed in the Yellow Pages of the phone book, so I called a few churches with no success. Finally I called the Yarn Depot in SF and they gave me Millie Ayers phone number. Millie had begun Sunset Weavers.

Thus, on a Tuesday morning in September 1971 I dropped my daughter off at kindergarten, left my 2-year-old son with a friend and showed up at Sunset Weavers with a box of leftover knitting yarn. For $1 per week, they provided the looms, the instruction, library, tea and coffee. They only met on Tuesdays, but it was a bargain. Frances McSweeny became my teacher, mentor and second mother. While I was there I met Kris Barrere and Joanne Walsh who were both weavers and dyers. Kris and Joanne formed their own dye company and called it Hog Dye. I became one of their customers. 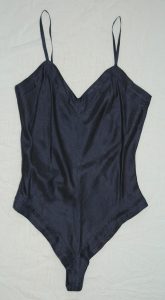 In 1977 my family moved to Concord CA which is about an hour north east of SF. I continued to attend Loom and Shuttle Guild meetings in SF. On the way home I would stop in Oakland at Kris’ house to leave a custom dye order, to pick one up, or to check what she had and visit.

On one of these visits (probably in early 1980’s) Kris offered me a 2-pound cone of 220/2 silk schappe. It is very fine and has a lot of yardage. Schappe is degummed by fermentation. The scrap silk is dropped on the dirt floor, more dirt added and it is watered down to ferment. Then it is spun, and it has a fine hair.

Looking at this fine silk, I told Kris it was too fine for me. They had an ample supply of this silk schappe and weren’t able to sell it. They decided to try packaging it in smaller units and wound it on cardboard tubes. Unfortunately the silk set up a static with the machinery, and it was a bit of a disaster. The next time I visited Kris she offered me some of the silk schappe on tubes. It had bubbles, some grease and a few breaks. After she practically gave it to me I accepted, but had no idea what to do with it. I aged it! 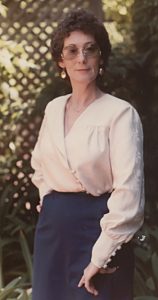 In 1979 I enrolled in an Apparel Design program at my local community college. I ended up with my own business doing dress-making and alterations. I was also sewing for a designer including sewing blouses of China silk.

In the spring of 1983 I returned to Diablo Weavers, the local guild near where I live. There I met Diane Fabeck. She had just woven a sample using sewing thread, and her comment was that a blouse could be made from this fabric. In the fall of 1983 Diablo Weavers were asked to weave the table decorations for our upcoming CNCH (Conference of Northern California Handweavers) conference. The theme was “Banner,” and it was decided that we would weave bookmarks and display them on small bamboo skewers to resemble banners. These were to be sold with their drafts.

At this point I approached Diane and told her I had this fine silk, but no idea what to do with it. Her first question was, “How many shafts do you have?” I had 12 shafts, so she told me I could weave 3 blocks of broken turned twill. That is what I did. 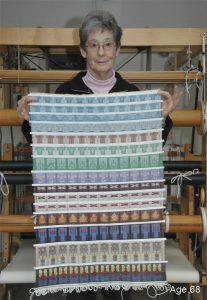 Diane Fabeck was an original member of Complex Weavers (CW). She decided that CW was going to have a booth at Convergence 84 in Dallas. The theme was “White on White, a Block Party.” She also wanted this display to be at CNCH 84. I asked if I wove a blouse in the natural silk schappe in the 3 blocks of broken turned twill would she want it. She became my strongest supporter through this process.

When a fabric is sett at a high sett and the width is increased, it acts denser. I was still using the 15 dent reed with 6 ends per dent. The hair on the silk schappe forms hair balls! I needed to clear each shed to make sure I wouldn’t break 6 ends with a single beat! It was slow, but I’m tenacious! I finished the fabric, designed and sewed the blouse. The blouse was displayed at CNCH and Convergence.

Since then I have attended classes at Pacific Basin and learned a better method for creating and beaming fine silk warps. I also use a finer reed. My preference is to weave fine silk at high setts in complex structures.