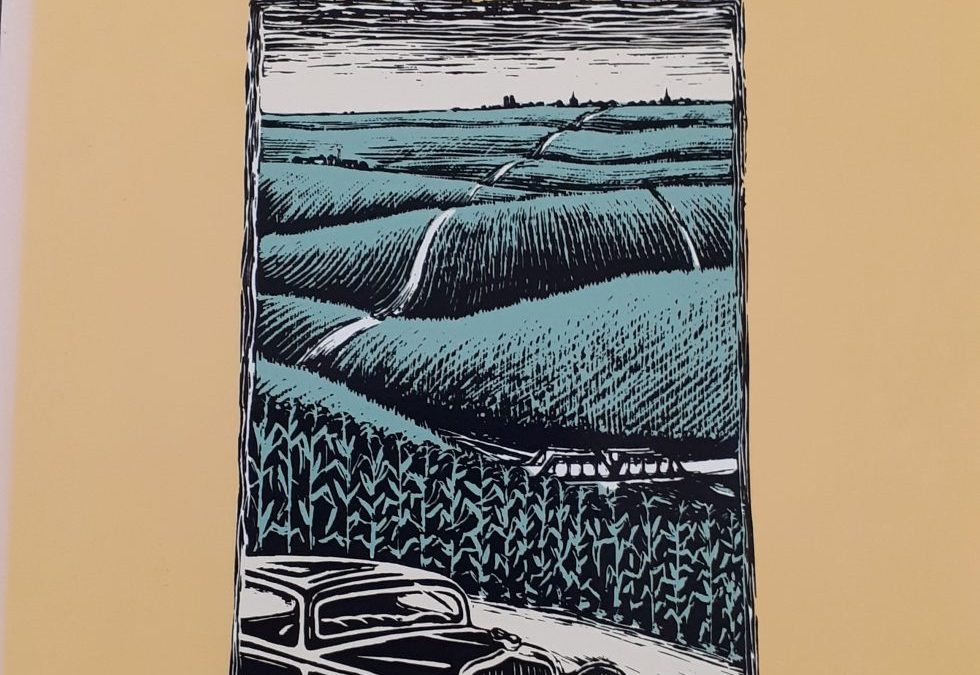 Did you know that the Dean of American Handweaving, Mary Meigs Atwater wrote a novel? And not just a novel – a crime novel?

My dear friend Joy, who is not a weaver, asked me over a coffee whether I had ever heard of this lady called Mary Meigs Atwater. When I said, ‘but of course!!’, she handed me a book entitled Crime in Corn Weather which she had picked up in a second-hand bookstore in the US. It is in pristine condition – in fact, you wouldn’t even have realised that anyone had read it – and lent it to me.

When I saw that it was published by Interweave Press, and that Linda Ligon had written the Preface, I knew that this would be a little gem. And it is.

Atwater evokes the mind-numbing heat of summer among the immense prairies of corn. The murder happens on page 3 and is never apparently solved, although Joy and I agreed who the protagonist was. But it’s never stated. It’s all down to your own deductions.

Atwater was a keen observer of life and small town existence. The plot is worked through in a weaverly way and one of the things that I love about it is that minor characters have a larger role to play that seems possible at first glance.  It is of its time, and as a foreigner, I have no idea if this view of the US is relevant today but I enjoyed the read and now am going to find out more about this lady who not only was so influential in the weaving world but was also fascinated by the criminal mind and violent crime.