Move over Fibonacci – you’ve got company! 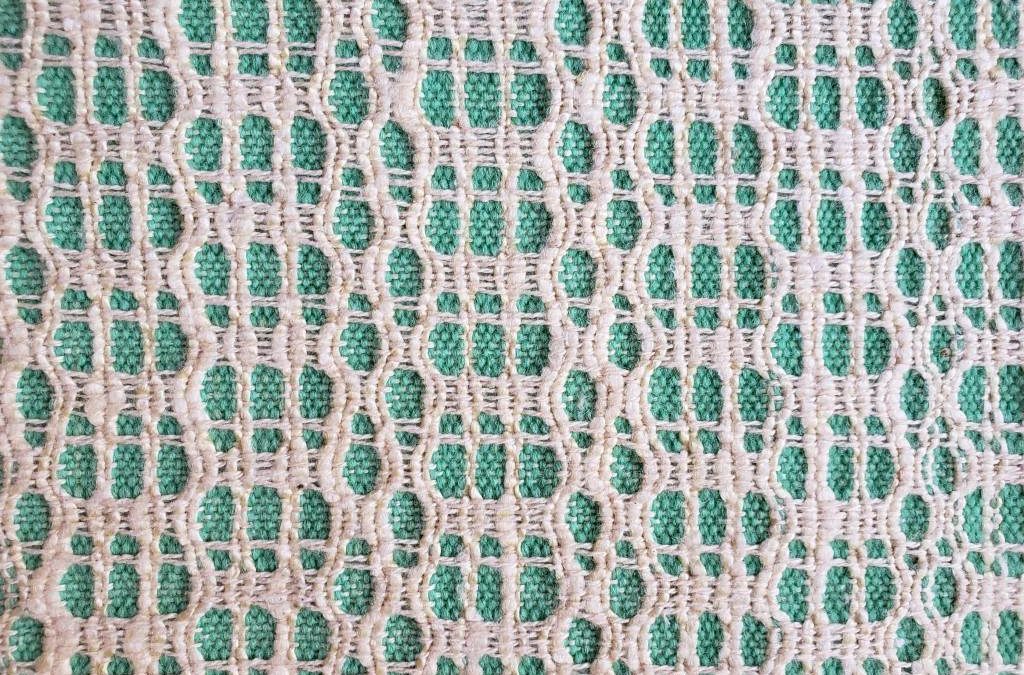 Today I’m talking about algebra and weaving. Now don’t shudder and click away!!! If you’re a weaver, chances are you’re already doing a little algebra, even if you don’t realise it! There’s a formula (Ashenhurst’s) for finding setts, which is pretty useful.

Even if algebra isn’t your thing (and it certainly isn’t mine!), there’s a lot of math(s) embedded in weaving.

But what about using algebra as a creative inspiration for weaving? If you’re like me, you might get a nervous twitch in putting the two terms together – but that’s what Ada K. Dietz did, writing a book about it in 1949, which has inspired the Cross Country Weavers to create work that is being exhibited until 14 May at The Little Loomhouse, Louisville, Kentucky.

I have a fascination with math(s) and science, although I don’t understand most of it, so when a post came up on WeaveTech, I had to go and take a look. There’s a Facebook video explaining, from the weavers themselves, about the project, and I had to order the book right away. So now I’m impatiently awaiting the arrival of another way to include math(s) in my weaving. Roll over Fibonacci – you’ve got company!

Thanks to Sally Orgren, the Cross Country Weavers and The Little Loomhouse for putting this together, and to Ada K. Dietz for sharing her love of math(s) with her fellow weavers!