How I Got Into Weaving – Marian Stubenitsky 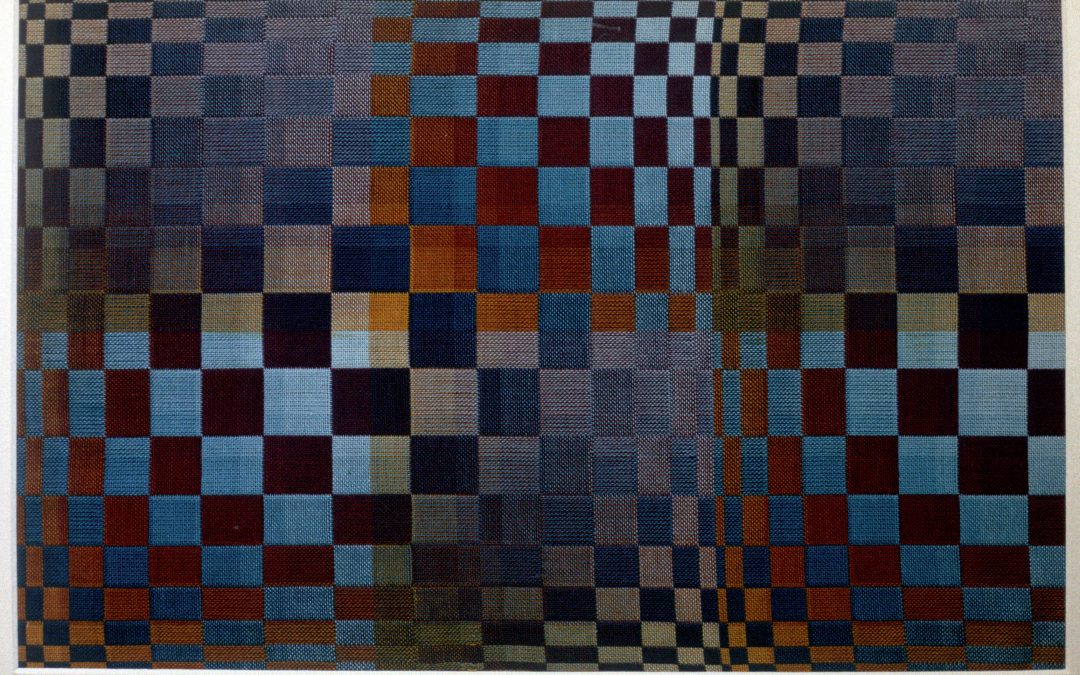 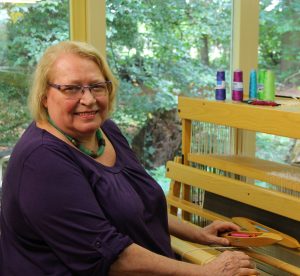 BACKSTORY: Marian had been on my radar for a number of years as an excellent weaving teacher before she brought out her book Echo & Iris. Then I took a workshop with her in the Dordogne, France, along with a few friends and fellow weavers in 2015, whilst Agnes Hauptli and I were in the middle of exhibiting Nature in the Making in Switzerland. I remember us driving across France all day and finding our way to a farmhouse off the beaten track just in time for apéros and meeting Marian and our fellow students who came from Europe and the UK. We all learnt so much in those few days. Marian had us designing on squared paper which made the design process easier to follow. Then in 2016, Agnes and I went to Holland, to exhibit Nature in the Making in a gallery near to Marian’s home, thanks to her instigation. We had an amazing time. And in 2017, Marian made it possible for me to teach at her studio. She continues to contribute hugely to the wider weaving community with her books Double with a Twist and The Stubenitsky Code (the title incidentally coming out of discussions during our Dordogne workshop!) and worked tirelessly with Erica de Ruiter for her book Weaving on 3 Shafts which happily was published shortly before Erica’s death. Here is how this remarkable lady got into weaving… 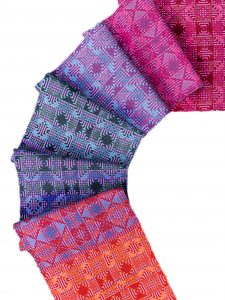 I grew up in Surinam, with my parents and ten years older brother. From childhood I did a lot of tinkering at Mrs. Boomsma’s craft’s club. When I was 9 years old my brother went back to the Netherlands to work as a teacher. At that time I sewed clothes for my dolls by hand, using real sewing patterns that grandma and grandpa sent me from Holland. I wove mats from rice stalks. And from wicker I made baskets and a tray.

I don’t remember any craft lessons at primary school in Surinam, but after a few years, we had to go on leave to the home country, the Netherlands, for eight months and we had to visit the school in a for me strange surrounding. I was 11 years old and learned to knit for the first time at school, using crochet cotton. Imagine knitting with crochet cotton, that became a plank instead of a pot holder. I certainly did not enjoy that. 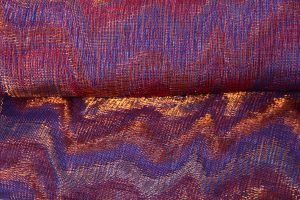 I was 14 when we definitely returned to the Netherlands, and my father got a job in Sneek, Friesland. I remember feeling like a stranger. Besides the fact that winters were severe in those days, I did not wear ice skates when I was born, as the Frisian children do, but my swimming skills were much better than theirs. My mother did a lot of arts work, especially embroidery and knitting. I eventually learned knitting well by sitting opposite my mother and watching what she did. So I learned to knit the “foreign” way, mirroring my mother, with the thread in my left hand, a fantastic method. During that time I also sewed blouses, dresses and skirts for myself.

After my high school graduation I went to Switzerland for one year, working at an anthroposophical international boarding school. I followed modules such as French language, skiing, but also weaving! I wove a bag in weft rep, on a frame loom, and chose fall colours. I also knitted a lot.

Back in the Netherlands, it took until I was 21, when I attended an evening school, before I came into contact with loom weaving. Every Saturday I went to class, and every night I wove at home, on a borrowed table loom. Mrs. A. Gerritsen-Veen, later author of the book Handweven, was my teacher and she taught me how to make a warp and set up looms, yarn characteristics and qualities. In a nutshell: I got a solid craft base, and I was immediately taken by weaving. My father retired at that time and built my first own loom, a 16-shaft countermarch. 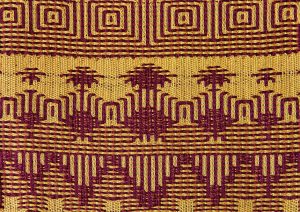 I have been teaching ever since 1974. In those years I also took a course in Professional Weaving, which provided me with a teaching qualification for creativity centres. I taught weavers of different nationalities at home in my own studio, on locations in the Netherlands and abroad.

My broad interest has resulted in various specializations, such as Colour theory for weaving, Optical illusions in fabrics, Iridescent effects in fabrics, all facets of Double weaving, Fabrics with one tie shaft, etc.

I eventually collected the various studies into three books, published by myself. Right now I am working on a fourth book.