How I Got Into Weaving – Laura Thomas 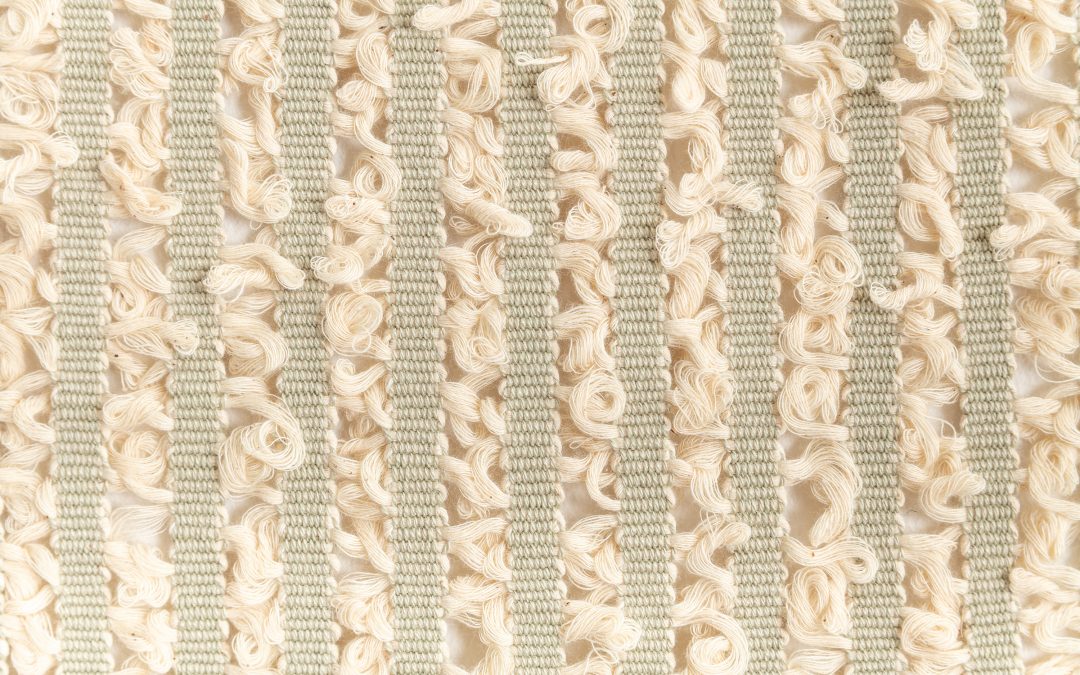 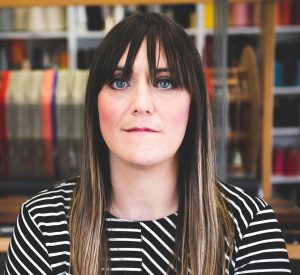 BACKSTORY: From 1999 – 2009, Ann Sutton had a weaving foundation at her home in Arundel and she encouraged the cross-over between industry and talented graduates by having several graduates at her studio as part of a Research Design Fellowship, working on briefs from industry and commissions, helping the graduate weavers to transition successfully from university into a professional life. Among the celebrated cohort were Margo Selby, Makeba Lewis and Laura Thomas. Each of those weavers has gone on to professional careers in weaving, through art, design and teaching, all with very different styles but all exceling in their field. Since then, Laura has been very much on my radar with her own work, featuring artworks for contemporary interiors including her resin-encapsulated thread pieces and other pieces which she exhibits in selected galleries internationally. In 2003 Laura moved back to her native Wales and set up her own studio practice, dividing her time between public art projects, design consultancy, curating exhibitions in Wales and now teaching in Camarthen School of Art in Wales where she was originally a student! Here is her story:

From a very young age, there was never any doubt that I would be an artist or designer of some description when I grew up. It was just the area of specialism I wasn’t too sure of until later in college.

As a child I always enjoyed ‘making things’ perhaps even more than drawing and painting. I sewed and embroidered clothes, trinkets and accessories for my toys. Later, in secondary school, I specialised in textiles for both my GCSE and later A-Level in Design Technology. Despite this, it was graphic design, and specifically typography that I’d decided was where my future lay.  I loved poster design: creating a composition, selecting colour for impact, and drawing interesting fonts (NB I had no access to computer aided design at this time!) 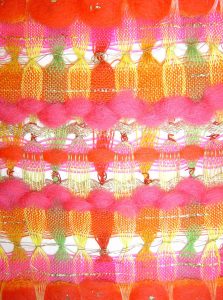 After finishing school, I went to Carmarthen School of Art to undertake a Foundation course in Art and Design, where you spend time being introduced all artistic disciplines in the most wonderful creative environment. It was here however that I found myself thoroughly underwhelmed by the graphic design briefs and lit up by the textiles projects. I had THE most wonderful textiles tutor you could hope for – Julia Griffiths Jones – who opened my eyes to just how unconventional textiles could be. She took an exuberantly colourful, mixed media approach to all that she taught us, and perhaps most importantly, opened up the possibility to me of textile processes involving hard materials. Her lessons often involved a spot welder!

Aside from welding mild steel, we screen-printed, felted, stitched, knitted, crocheted and assembled multi-faceted materials. I also made paper, embossed copper sheet, and made cast glass. Self-directed, I also wove some hand painted strips of silk fabric on card which made up a small part of my end-of-year exhibition.   A friend of Julia’s visited the exhibition and upon seeing my work, said I was a definite weaver in the making. I was aghast as I’d made a long-anguished over decision to opt for a textiles degree in Birmingham with the intention of specialising in mixed media embroidery. My ill-informed preconceived idea at that time was that mixed media embroidery was ‘modern’ and weaving ‘old fashioned’. I had nothing at all to base this notion on, just that mixed media textiles seemed to epitomise an experimental and innovative approach. 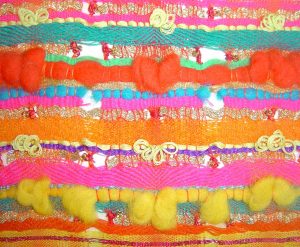 So, I began the degree programme in 1996, full of excitement and keen to get stuck in. Before specialising in semester 2 of the first year, we all had to spend 4 weeks in each specialist area: print, fashion, constructed textiles (weave) and embroidery. I was dreading the weave project, as I assumed it would be ‘old fashioned’ and way too technical for me.

However, as you might have guessed, that 4 weeks was a revelation to me. I adored the visual impact of the weave room full of floor-to-ceiling shelves of colourful and textural yarn.  The table looms were all pre-warped with a wide variety of fibres, colours and counts, and we were instructed to follow the lifting plans pinned to the door, showing plain weave, twill, basket and satin. Whilst the technicalities intimidated me, I found myself brimming with ideas and able to work in a totally intuitive, experimental way unlike anything I’d ever experienced before.  I remain very proud of the fabrics I wove in that introductory project! Without any prompting to point of reference, I instinctively explored floats, twisted and tied warp threads, discontinuous weft and the most exuberant colour palette, inspired by Indian embroidery. I can remember carefully lifting and lowering shafts, to try and figure out what was going on, and just feeling so inspired by the concept of being able to construct your very own cloth from scratch. It blew me away! 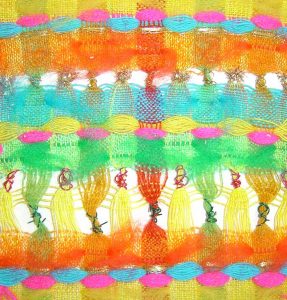 When the first semester was up, the time arrived for us to select our specialism. The 4-week embroidery taster hadn’t gone particularly well. I hadn’t chosen a brilliant visual theme to explore, and the resulting work just wasn’t very interesting, despite me trying really, really hard. Nevertheless, I ploughed on and I opted to join the embroidery specialism. I’d agonised over this decision and had a conversation with my personal tutor about what to do. I explained that I’d selected to come to Birmingham to study embroidery, but that I’d loved the weave taster and so was feeling very conflicted. To help me unravel my strengths and weaknesses to aid my decision making, my tutor asked if I liked maths. That was an easy question to answer: I’d absolutely loathed maths in school! As I knew from a young age that my future lay in the arts, I couldn’t see the point of maths for me at all! Ha! Just goes to show how unengaging my school maths lessons were! Anyway, this immediate recoiling from the mere mention of maths meant she quickly said, that weaving absolutely wouldn’t be for me, as I’d find it too technical and too mathematical. Yikes – decision made!

I lasted 2 weeks in the embroidery department. My heart just knew I belonged at the other end of the corridor in the weave room….. and it just took a little longer for my brain to catch up and make the decision! Once I made the switch I never looked back. It did take me rather too long to ‘get’ the weave technicalities: I think I was halfway through my second year before I truly understood a warp plan. But I never worried about this… I knew it would click into place eventually. The thing that sustained me was that I could see so many possibilities that I wanted to weave. In my naivety at that point, (as I’d not yet discovered Ann Sutton, Peter Collingwood, Reiko Sudo, or Anni Albers) I felt weaving was vastly underexplored, and was crying out for greater experimentation and a mixed media approach to take it into new territory. But that enthusiasm and desire for experimentation is what has kept me sustained and inspired for the 24 years since the beginning of my degree, and I think I’ll need another lifetime to finish weaving all the ideas I have.