How I Got Into Weaving – Alice Schlein

by StaceyW | Nov 15, 2020 | Education, How I Got Into Weaving, Jacquard weaving, Life, Publications, Teaching, Weaving | 0 comments 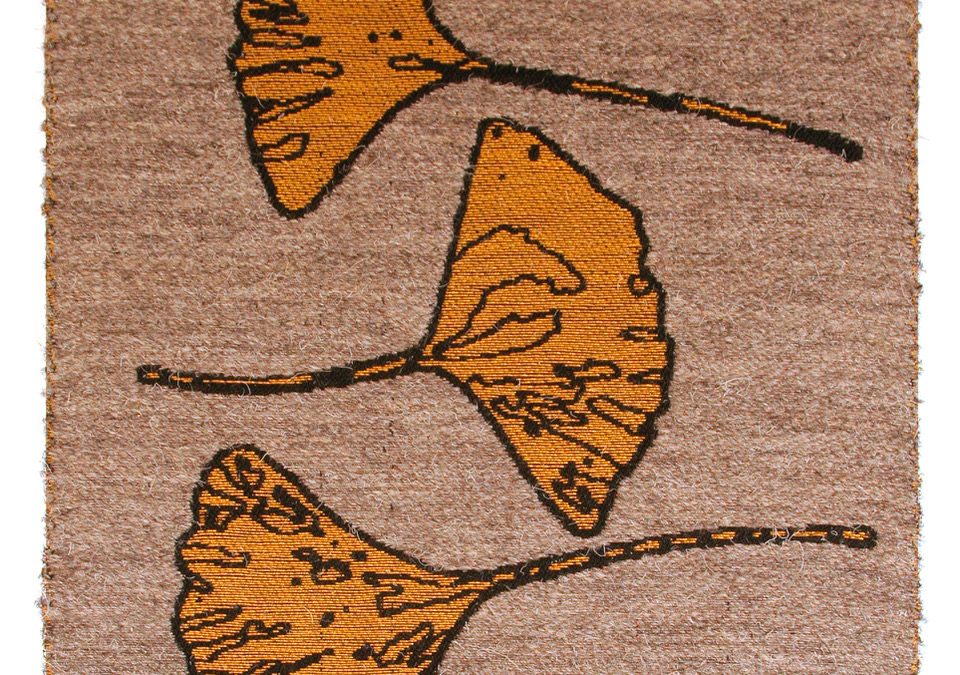 BACKSTORY: I have known Alice since 2006, I think, at my first Complex Weavers Seminars and right away realised the amazing depth and breadth of knowledge this incredible and very modest weaver holds in her head. For those of us who think that we don’t have a university training and that holds us back, Alice is a self-taught weaver. Many of us have met Alice through her teaching at conferences, schools and workshops in the U.S., Canada, and the U.K. or through her articles – she served as contributing editor to Weavers magazine, to which she contributed over 25 articles. She is the author of Network Drafting: an Introduction; The Liftplan Connection: Designing for Dobby Looms With Photoshop and Photoshop Elements; A Crepe is Not Just a Pancake; Lampas for Shaft Looms; and co-author, with Bhakti Ziek, of The Woven Pixel: Designing for Jacquard and Dobby Looms Using Photoshop. All of these books have made a considerable impact on contemporary hand-weaving, enlarging our weaving knowledge, making complex weaves understandable and broadening the language of contemporary weavers. Although her focus has previously been exploring weave structure on multi-shaft treadle and dobby looms and jacquard, she has recently been enjoying the many creative possibilities of the rigid heddle loom and currently weaves in her Greenville, SC studio. This is her story:

I was born into a family of artists and fiber-aware people, and was fortunate to have mentors close by to teach me sewing and knitting, but I have no formal education in the fiber arts. When I was in the sixth grade, about 11 years old, my teacher brought a 4-shaft loom into the classroom, set up with the Honeysuckle overshot pattern, and every kid in the class had a chance to weave a small table mat, following the weft order in the draft. It was supposed to enhance our math skills, but for me it was also a life-changing event. Watching that marvelous tool create order out of chaos revealed for me the direction I wanted to go: some day, somehow, I had to get a loom and weave.

After graduating from college with a major in French, I realized that high school teaching was not my métier, and had several jobs which were essentially marking time until I knew where my husband and I would eventually settle. It turned out to be Durham, North Carolina, where by chance I met a young weaver who showed me her treadle loom and her small library of weaving books. I was off and running. I bought a loom and a book (Lili Blumenau, The Art and Craft of Handweaving) and with Lili’s help, taught myself to weave.

Two children arrived, and while tending my small family I wove in odd moments. We moved  around a lot. Many looms came in and out of my life, and I accumulated a creditable weaving library, all the while watching, experimenting, learning, and always weaving. My initial fascination with loom-controlled pattern continued, and does to this day.

At age 38 I suffered a serious ankle injury in an automobile accident. Several surgeries later, it was obvious I would not be able to treadle a heavy loom any more. I sold my big jack looms and acquired a 16-shaft dobby loom, as the action was very light and it had a pneumatic shaft-lifting assist. I didn’t have any idea of what to do with 16 shafts or a dobby, so I bought more books and figured things out.

Coincidentally, a personal computer, an Apple II, joined our family at that time. My kids loved to play Space Invaders on it. And then the coup de foudre: computer-controlled dobby became available for the studio weaver! What an example of being in the right place at the right time. I loved computer-assisted weave design and the patterning possibilities it opened up. I wove, taught, and began writing articles about multishaft and dobby weaving. I eventually became contributing editor for Weaver’s magazine, working with the wonderful Madelyn van der Hoogt. I came across the amazing work of Masson & Roussel in Shaft Weaving and Graph Design, an English translation of Tissage à Lames et Graphisme, revealing the possibilities of network drafting. With Madelyn’s encouragement, in 1994 I wrote Network Drafting: an Introduction, to introduce the concepts of network drafting to handweavers. This work is still in print. Several other looms cycled in and out of my studio, notably 24-shaft and 40-shaft dobby looms. I enjoyed designing for all of them, particularly with the techniques of network drafting.

In the late 1990’s I saw a demo of the TC-1 Thread Controller and coincidentally learned Adobe Photoshop skills. That was another turning point. I saw that a weaver could use Photoshop and its pixel-editing capabilities to create files readable by a jacquard-type loom. So binary! So logical! Black and white. Black means thread up, white means thread down. I loved it. I had been corresponding with Bhakti Ziek, artist and weaver; her expertise in weave structure as a university-level teacher and her knowledge of industrial jacquard looms along with with my interest in Photoshop, devolved into The Woven Pixel: Designing for Jacquard and Dobby Looms Using Photoshop® and Photoshop Elements®. This 2006 work included a CD with over 1400 pattern presets, an achievement of which Bhakti and I were very proud.

The Woven Pixel was followed by The Liftplan Connectioin: Designing for Dobby Looms with Photoshop® and Photoshop Elements®, still in print. 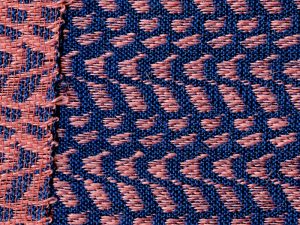 In the following years, teaching workshops and more writing occupied my time. I self-published monographs on crepe and lampas. I started a blog, www.weaverly.typepad.com,  which is part weaving journal and part informational site for my publications.

In 2019 my husband and I downsized; I pared down my studio to a few small looms and parted with my beloved TC-1, kept some of my yarns and most of my weaving books, and we left our house of 48 years for a retirement community. I teach the occasional weaving class, and have discovered a surprising fascination with the rigid heddle loom. I continue to enjoy dobby weaving, and I’m currently working on a monograph on amalgamation in weaving.

I love being part of the worldwide weaving community and treasure the friends I have met through weaving. I’m grateful for the fund of weaving knowledge that has been available to me, and look forward to passing this knowledge along to others for many more years.