How I Got Into Weaving – Agnes Hauptli 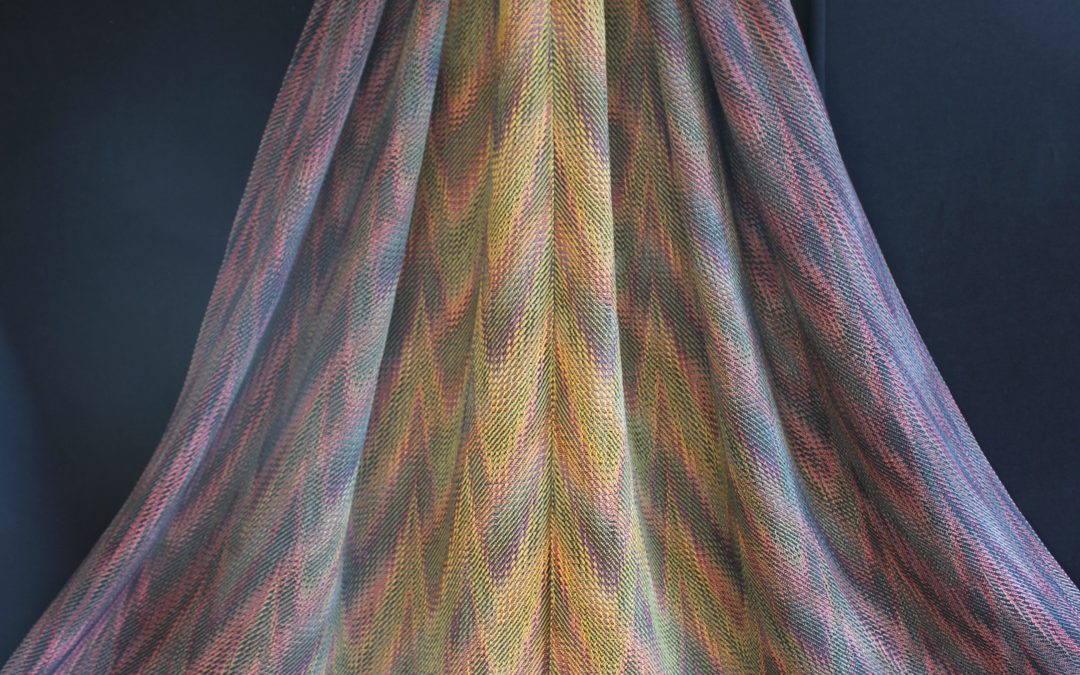 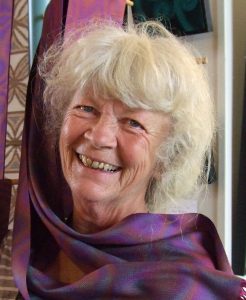 BACKSTORY: Agnes and I first met back in 2008, at a Convergence class called the 3Ds of 3D run by Ruby Leslie. Right from the start we hit it off, two passionate weavers keen to learn whatever we could and with a shared zany sense of humour! We continued developing that friendship in 2009 when Agnes was awarded the Mason Trust Scholarship which enabled her to come to stay with me in England to learn about weaving jacquard on my wonderful hand jacquard looms from the 1880s and she then went on to visit Belinda Rose in Scotland to weave on a TC-1 loom before heading to Austria for a course with Vibeke Vestby on the TC-1. Ours is a friendship that has endured, in spite of being with each other day and night for around 2 months in 2014 when Agnes amazingly invited me and then hosted me for a teaching tour of New Zealand (the trip of a lifetime which I treasure dearly) and where we jointly exhibited in Nature in the Making, a collaboration which originated out of our shared travels around the US whenever we met for Convergence and Complex Weavers Seminars. We went on to show our work in the US, in Switzerland and in Holland. What has always delighted and entranced me is Agnes’ sense of colour that shines out through all the weaving she does using fine silks creating pieces using complex patterning and beautiful iridescence. Her imagination is evident through her scarves, shawls, and experimental pieces on shaft looms from 8 – 32 shafts, but also her drawloom and jacquard weaving. She has a commitment to being the best she can be as a weaver! Here is her story of how she got into weaving….

HOW I GOT INTO WEAVING:   1991, am on my saying-goodbye-round to friends and family after a couple of month visiting Switzerland. One friend says ‘you better take this with you to New Zealand’ and hands me a bag full of bits of wood, sticks and a funny looking thing with slots and holes. Apparently it’s for weaving which I had never done before.

Winter evenings, I manage to put the thing together, this is pre-internet time so logical thinking was all I could go by and after a lot of hit and miss efforts, scratching my head moments, I managed to put what is called a warp on it and tentatively put that stick shuttle through that gap the threads make when lifting or lowering the rigid heddle.

During our winter months while I was home (during summer I was working as a tour guide and would be away from home from October till end of April) I was working voluntarily at our local area school library, where I found Peter Collingwood’s book on Rug weaving. Below right. my very attempt using Peter’s book as my learning tool, following pick by pick his instructions on how to create patterns. 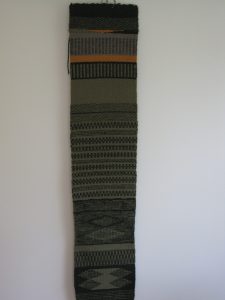 It was clear to me that I was into patterns. I also worked out why I could not see the warp threads at all but produced a purely weft face cloth.

Next I wanted to do something that takes a bit longer, browsing through books and playing around with designing on paper, this became my next project. Now I know that this is called tapestry and I was using the Kilim technique.

The yarns I used came from 2 Dollar shops so whatever was available in those great bins I had to dive into had to be it. 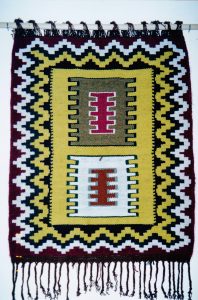 (woven on a rigid heddle loom)

Next step was a 4 shaft table loom, I think it was an old Ashford and this was the first piece on that loom.

Over the next few years things moved fairly quickly, I got myself my first 4 shaft floor loom, a Glimakra copy made here in NZ out of beautiful Kauri wood, which I changed straight away into an 8 shaft loom.

A few years later came a 16 shaft Thorpe (also New Zealand made) compu dobby which really satisfied my love for pattern creating. I started to play around with more complex looking designs.

After a visit in Europe and a play at a friend’s place on a 32 shaft Megado I felt if I had that, there is nothing more I needed. I already had another Glimakra copy loom to which I attached a drawloom system so I felt my needs are all covered.

My living room (right) though became too cramped with the arrival of the Megado and I decided to build a custom made workshop for my weaving addiction.

Just as well, because 10 years ago, on another trip to Europe and having the chance to go to ETN conference in Austria and managing to enrol for a workshop with Vibeke Vestby and her TC-1 – yes, you guessed it, there is enough space in the new workshop for a 2 module wide, 4 module deep TC-1!!

Books are my passion

Weaving is my addiction 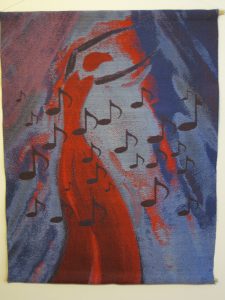 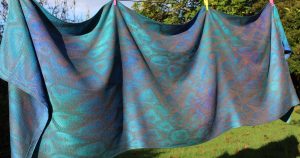