French wool on the up … 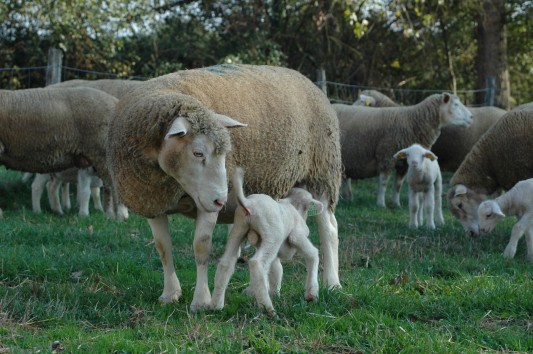 It’s not often that I can bring you news from French woollen textiles companies. This article is drawn from a piece in The Connexion, a monthly English-language subscription paper in France which keeps us updated with all the details of the ever-changing scenario and has been a vital way of keeping up with all the twists and turns of Brexit over the past few years.

In the January 2021 edition, I read about Fonty, a woollen producer who went into receivership 6 years ago but which was bought by a former Airbus aeronautical engineer, Benoît de Larouzière and who now employs 26 people in rural Creuse (see below right) in central France. 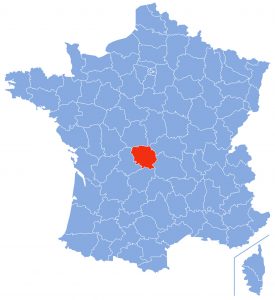 Hand-knitters are starting to make a come-back in France after years of not being able to get good quality wools, or having to pay really high prices for wool for knitting compounded by being able to buy really lovely but cheap products produced in the far east – something known here in the industry as the Benetton effect. The textile industry had been a significant part of French industry in the 1970s but has almost disappeared in recent years with the sad situation that, according to Mr de Larouzière, there are just about no large companies making woollen cloth and there are only a few artisan knitters and one or two small factories which have been bought out by people who are trying to keep them alive. Fonty has moved into the ‘quality’ market, offering wools that are 100% wool or 100% alpaca and gradually more of the wool is becoming French-sourced, currently at 30% but hopefully rising to 50% in two or three years. His ethos is to support the whole industry, from the farmers who shear their sheep onwards.  Their website is http://fonty.fr/

I know from our local alpaca farmer and friends who keep sheep here (although we are not in a cattle or sheep area) that it is very difficult to find anyone to process fleece. The article states that there is just one company in France which washes wool and just one which combs it! With COVID-19 having focused people’s attention across the world to sourcing everything more locally, and the concern about creating environmentally friendly products and using natural fibres, it is a start to bringing back woollen textile production to France.

Another group – a co-operative of 60 workers based in and around the village of Saint-Pierreville in the Ardèche (see right) – was born as a commune in the late 1970s and started out with a group of 5 grape-pickers who pledged to put 20% of their earnings into the business to get it off the ground after buying a wool factory which had shut. Their initial products were quilts and mattresses but a look at their website shows a range of knitted goods, a museum and a restaurant. http://www.ardelaine.fr/

One can only hope that the various confinements and reliance on home entertainment over the last year is leading to more people coming to the hand-crafts of knitting, spinning, dyeing and weaving and that these companies will be able to survive through the current difficulties! Both have been awarded the label Entreprise du Patrimoine Vivant (roughly translated as Living History Company – the UK equivalent would be the Heritage Crafts) and there is an increasing awareness in French political circles that this kind of business is worth nurturing and promoting.

Each year in September, there is Journées de Patrimoine (European Heritage Days), a weekend devoted to all things craft and living history including museums, art galleries and châteaux all open free to the public and many demonstrations and exhibitions of artisans (http://journeesdupatrimoine.culture.gouv.fr/) and in April there is the celebration of fine crafts called JEMA – Journées européenes des métiers d’art http://www.journeesdesmetiersdart.fr/ again with exhibitions and demonstrations. Both of these are very well supported by the regions and by the public.

I would love to share more French textiles treasures with you from time to time and would appreciate your assistance!! If you have visited a French textiles museum, specialist shop, artisan, or festival or anything that you think interesting, please do share it with me and I will be delighted to research further and write a blog on it!! France is such a wonderful country to visit and holiday in and what better addition to a lovely trip is a bit of textiles indulgence!!  Even if we can’t currently travel, it’s such a lovely thing to plan our adventures for when we can actually get to experience other places once more!!

In the meantime, I hope you are safe and well!