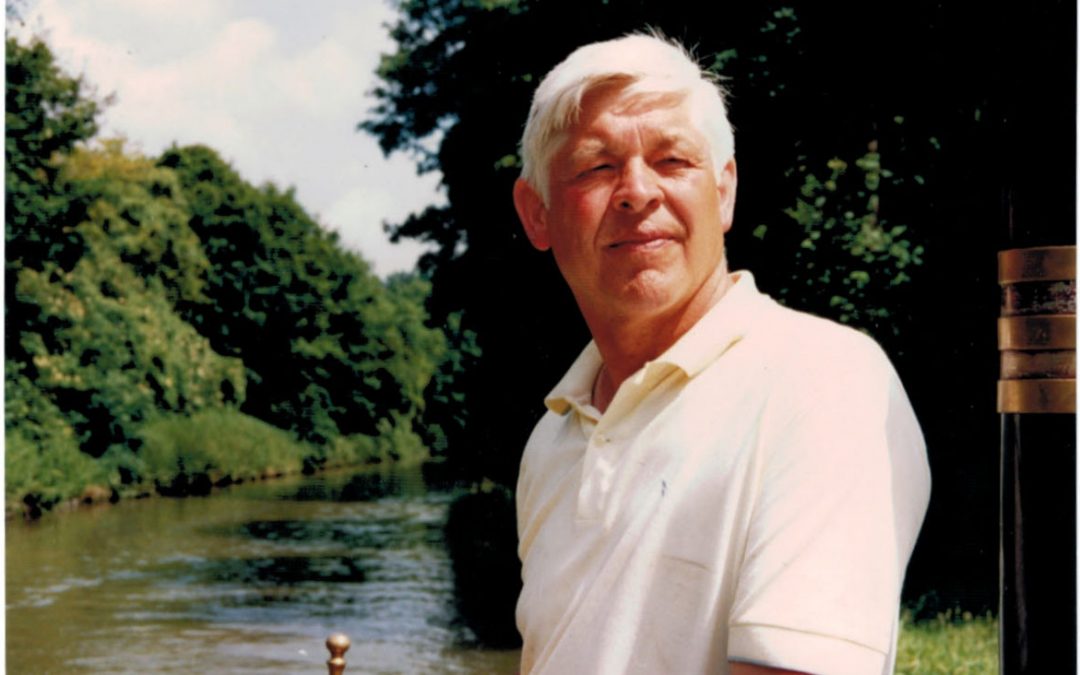 What does March mean to you? A strange question to ask, perhaps. But some months have a certain feel to them and March is one of the signifiant ones for me. For a start, it’s the start of Spring – new life – my life! My birthday is right at the beginning of March so it always feels like a celebration, a coming out from winter, a rebirth of possibilities for the upcoming 12 months.

But this year was a bit different.

Firstly, it was a ‘significant’ birthday this year – I prefer to think of myself as 50-10 rather than 60 – but that’s just me!! We were able to have in-person celebrations indoors instead of last year’s outside (freezing cold) mini-meetings all socially distanced. 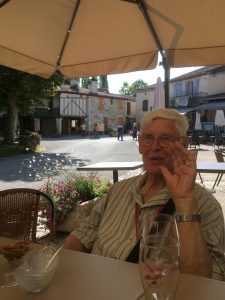 But then, a week later, my father died.

It happens to us all, sooner or later. Despite the fact that he was not well and that each time he had a relapse it was that much worse, you are never prepared. You can try to imagine what it will feel like to know that he has passed and to some extent you can almost prepare yourself for grief, but you never can anticipate the emotions that roll through you and take you over. I actually saw through his eyes half an hour before he passed. It was a comforting sight. I was sending him so much love, directing my thoughts to him across France to Scotland, visualising him in his home and trying to envelop him with a blanket of love and gratitude for all he means to me and suddenly, although I was standing in the doorway to my kitchen, I was there, seeing through his eyes. I was in a different bed, in a different place, in the lounge instead of the bedroom. I saw the washing hanging on the lazy maid above the fire, I saw the cats. I didn’t see anyone else. But I felt a sense of calm. And I knew he could feel my presence and my love. It lasted maybe one minute, maybe more, then it faded and I was back in my kitchen doorway again. 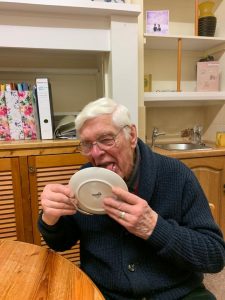 Then half an hour later, Dad passed.

Now this may seem a bit woowoo to you. I confess that, although I am open to the idea that much more exists beyond our observable senses, that was an experience I did not expect. But then, at Dad’s wake, I shared this with my scientific brother. I was expecting a response of polite skepticism from him. His response was genuine and immediate. He went red and welled up. He then told me that he had exactly the same experience. We hugged. What more can one say?

After Dad died, I went to help his wife with the formalities and funeral arrangements. Strangely it was a very lovely time together. We even ‘celebrated’ her birthday the following week with a meal out. They live in the Scottish Borders, right in the middle of the moors. It’s a bleak and rugged landscape, swept by wind, rain, blizzards, sun and wind… yes, more wind…. No wonder there is a plan to install lots of wind turbines across the area! It took about a week for my eyes to adjust from the vibrant and varied colours of SW France to the subtleties of tone and shades in the heather, the grasses, the bogs and the forests and the sun and cloud shadows speeding across the moorland. These are the colours of Shetland wool – the nuances that reward you for closer examination, the hints of colour that give a sudden lift to your mood. And what seemed bleak turned to beautiful, the merest glimpse of a hidden jewel suddenly covered up again with just a hint of a memory that you saw it, but which lingers in your mind. 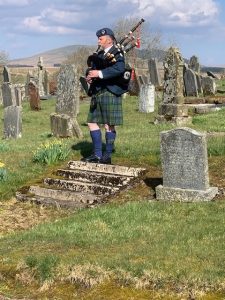 As I was writing my tribute to Dad, I could see connections and patterns everywhere. Not just through his life and all the hundreds of people he has affected just by existing and being the man he was, but the greater patterns too – how Covid has brought changes to us all, how the injustice of the war launched on Ukraine is so much more than being about power and a bully’s aggression to a neighbour, how the climate is changing because of human action and inaction – how everything everyone of us does has an impact, not just on ourselves and our loved ones, but wider afield too. The ripples continue long after we have forgotten the initial gesture or action that created them.

Back to the personal… Dad was buried overlooking the beautiful moors, piped to his rest by a piper – a beautiful memory to hold when grief surges. Then many memories and photos were shared and appreciated and we were gently brought back into our own lives.

Balancing the grief was also the blessing of seeing our son for the first time in 2 1/2 years and spending a weekend with him and his lovely partner and their dog – precious time and new memories walking in the Staffordshire countryside. Then meeting up with old friends for a surprise meal before flying home.

The cycle continues. A dear friend of mine, Chloé, gave birth to a beautiful baby girl the day after Dad’s funeral.

March will mean a lot more to me now…

Images: Feature – Dad in his element – on his canal boat about 30 years ago; Fourcés in 2019; a man who loved his food!; the lone piper in the Scottish moors.